Q & A on bin collection changes 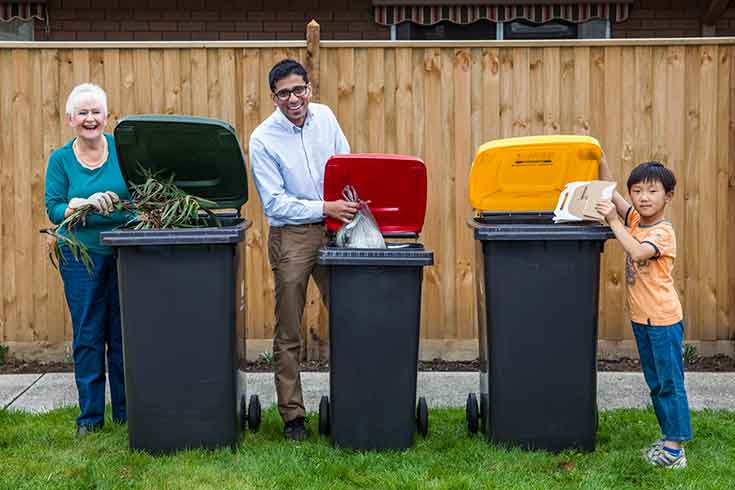 I wanted to respond to some of the comments made over the past few days.

Firstly, thank you to everyone that has engaged genuinely with the process and identified some of the barriers they believe they will face. We’ll work with you to try and overcome these.

I’m not really fussed if I get re-elected or not. I’m interested in making the best decisions to create a better world for my children. In my six years on Council, I’ve always voted for what I believe are the best decisions and never sought to be popular. If I get voted out, so be it; I’d love to have more time to spend with my family.

This survey is a sham. It’s not genuine. You’ve already made up your mind. The outcome has been predetermined.

Actually, you’ve completely misunderstood the survey’s intent. Not wanting to hold sham, non-genuine consultation is exactly why the decision has been made already, and we have been very upfront about it. Our view is that there is no choice to be made here; change must happen.

The current levels of waste going into landfill are unsustainable. Landfill sites are becoming full, and no-one even knows where this waste is going to go in a few years when we run out of space. Attempts to build new landfill sites have been blocked by the courts. The point of the survey is to try and identify barriers and concerns people have and to find solutions and work through them.

I do. I have a wife, four children (one in nappies) and three pets. It’s going to be really hard to change the way we all dispose of our waste, I know that. But I also know that I don’t want to leave my children a country that has rubbish strewn all over the place because that country couldn’t control or sustain the level of waste they were generating. There’s plenty of examples throughout Europe and Asia – a simple Google search will net ghastly results.

Streets will be filled with rubbish

No, they won’t. We’re not the first Council to do this. Ten Councils in Victoria alone have already made the switch and a number have announced their intent. The proof is in the pudding. Eventually, it is highly likely that all Councils will make the same switch.

One of the reasons we’re making the shift. All major supermarkets sell compostable bags for the kitchen caddy’s. It costs around $3 for 25 bags which last 2-3 months. This eliminates smells and flies instantly. Our caddy sits on our bench. When preparing food we scrape the remains in to it and after dinner empty the plates in to the caddy before washing them. Any food that goes past it’s use-by date goes straight in the caddy. Animal carcasses can go in there too.

I have lots of animal waste – what am I meant to do with that?

Dog poo, or in fact any poo in its purest form, can simply be put in to your toilet and flushed. Like many families with dogs, ours eats our leftovers. The contents of the excrement isn’t a lot different to ours. Cat litter is much more difficult because it can’t be recycled or flushed down the toilet. The best option is to use the forementioned biodegradable bags to avoid the smell. We’re currently working with a company that has developed a way to recycle used cat litter – stay tuned.

I have a baby that generates a lot of disposable nappies, what can I do?

Yep, I do too, and this is one of the challenges we face, however we are very advanced with a number of alternative options to landfill, including working with a company that has a way to recycle nappies and reuse them to create a number of products such as, ironically, cat litter. We’re working to have a solution in place and we’ll be sure to communicate this with residents.

That’s a pretty ordinary response and an extremely disappointing attitude to take. We all have a role to play in reducing waste and to ensure that we leave behind a sustainable, liveable planet for our children and their children. Council conducts regular audits on rubbish bins and repeat offenders risk penalty notices or removal of garbage collection services altogether.

There’s no way we can possibly adjust, our red bin is full every week

It will be hard, but you can, you probably just need a little bit of help, and that’s why we’ve given everyone so much notice. It’s quite probable that most of the things that are going in to your landbill bin at the moment could go elsewhere. The only items that need to go into the landfill (red) bin are nappies, sanitary items, cat litter, broken glass, ceramic and gardening tools. I have may have missed a couple but that’s pretty much it.

My yellow bin is always full, why aren’t you collecting this weekly?

This feedback has been extremely consistent over the past few days and I’m anticipating that it will feature heavily in our survey after it closes. This is absolutely something that we will look in to because we want as many people recycling as possible. If we’re to make this change, however, it would require substantial budget allocations and renegotiations on contracts with our garbage collectors, so it’s not something that will happen in the next six months.

In the meantime, commingled recyclables can be dropped off at our recycling centre free of charge.

The way we manage this at our house is to not put boxes in the yellow bin and instead drop them off at the recycling centre once we’ve built up a boot load. You should also check to make sure the items you’re putting in the yellow bin are actually recyclable. The general rule of thumb is that if you scrunch up the plastic in your hand, it’s not recyclable (soft plastics) and should be dropped off at the supermarket.

Another bit of feedback that has been quite common.

Quite simply, because we’ve got nowhere to put it. Coles and Woolworths collect soft plastics and have their own recycling plants to deal with these materials but neither will accept soft plastics from other collectors (Council). Both of them do advise, however, that if the soft plastic deposit bins are full at the supermarket, you can hand them to staff over the counter.

I’d like to see a number of drop off points for soft plastics around Monash – perhaps at our libraries and service centres, but there’s a lot of water to go under the bridge in this space.

What can I get rid of free of charge at the recycling centre?

Great – let’s chat. This is exactly why we’ve given everyone six months’ notice. Complete the online survey, and if there’s still things you need to discuss with us, give us a call on 9518 3555 or send an email to mail@monash.vic.gov.au – we’re more than happy to have our sustainability team reach out and assist you with making the transition. You can also email me personally if you’d prefer; stuart.james@monash.vic.gov.au

Handy printable posters of what goes where: https://www.monash.vic.gov.au/…/monash_households_waste…

How do I recycle: https://www.monash.vic.gov.au/…/Rubbis…/How-do-I-recycle

What goes in my green bin: https://www.monash.vic.gov.au/…/What-goes-in-your…

What goes in my yellow bin: https://www.monash.vic.gov.au/…/What-goes-in-your…