Public transport solutions face a fork in the road 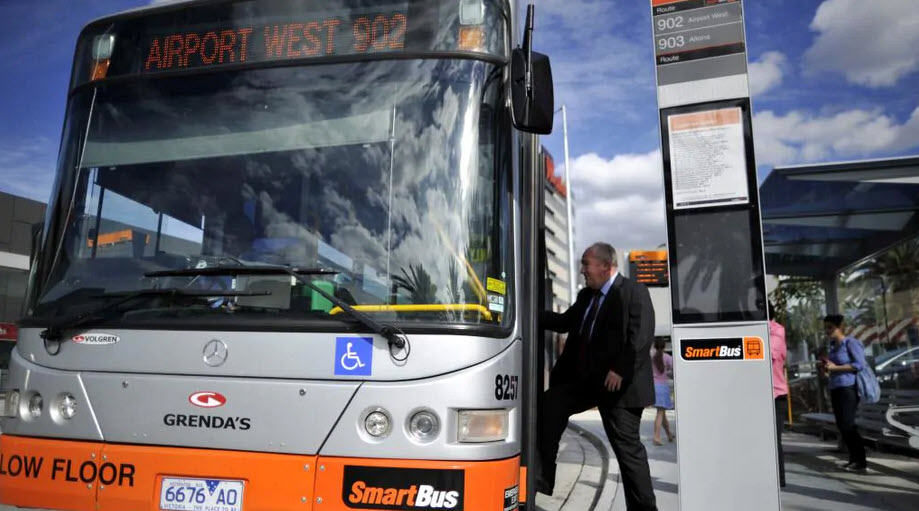 Melbourne’s population is growing exponentially. The lack of proper transport planning over the past few decades is evidenced by an avalanche of congestion on our roads. The State Government has funded a myriad of infrastructure projects aimed at reducing congestion and improving transportation across the city, but questions remain over whether these are the right projects.

Acknowledging that roads and public transport are extraordinarily quiet during this crisis, eventually life will return to normal. It is important that as we come out of this, we are planning for long-term solutions rather than reacting to what is a temporary way of life.

The South Eastern arterial opened to much fanfare in the late 80s as a two lane road linking up the then Mulgrave Freeway to Punt Road. Within a decade, the Kennett Government grade separated the freeway and added tunnels in a move aimed at easing the heavy congestion. The Bracks/Brumby Government widened the freeway again and within six years, the Andrews Government completed stage 1 of yet another widening and is about to begin stage 2 – yet congestion is as bad as it has ever been. The story is similar on many other Melbourne freeways and arterial roads.

Yet rather than learning from the mistakes of the past, we’re now building the West Gate Tunnel and will soon embark on the North-East link, while the East-West link remains Liberal party policy. Those roads, too, will be full of congestion not long after opening due to what transport experts have labelled “induced demand”. Investing in public transport solutions to give people a legitimate option to leave their car at home will have a greater effect on reducing traffic congestion than any new road will.

Nearly every transport advocacy group in Melbourne bemoans the lack of investment in our bus network. The ugly duckling of the transport network, and a mode that fails to attract attention on the front pages of newspapers, it is perhaps the cheapest and most obvious way to tackle congestion. Following election commitments from both sides of politics, hundreds of millions of dollars are being poured in to building carparks at train stations. In many instances, the cost of building each car space is more than the cost of the car that parks in them. Within a few months of a brand new station carpark opening, it’s full by 7am. The entire premise that someone must get in to their car to be able to catch a train is flawed. We should be investing in ways to get people to leave their car at home in the first place.

Due to the lack of frequency, many of the bus routes on the network are not a viable option for commuters as they risk being late for work if they miss the bus and have to wait, in many instances, 30 or 40 minutes for the next one. Instead, many opt not to catch the bus and drive to the station instead. It’s no coincidence that the six busiest bus routes in Melbourne are SMARTBuses, with high-frequency services. The answer to enticing people to shift modes is frequency and reliability; more buses and more dedicated bus lanes with traffic light priority. The Bus association quotes a $300 million annual investment for a “turn up and go” bus network across Metropolitan Melbourne. It’s hard to comprehend why this investment is not immediate.

The political shift to commit to large-scale public transport investments over the past six years is incredibly exciting and well and truly overdue. However we need to have a frank and honest debate about which public transport projects provide the best return on investment, whilst creating alternative transport options to the private motor vehicle for daily commutes. While Melbourne clearly needs a rail link to the airport, the overwhelming majority of Melbourians will use it once or twice a year, if they are lucky. It’s hard to comprehend why this trumps other important projects such as Melbourne Metro 2, which hasn’t been committed to. Melbourne Metro 2 is a proposal to connect the Mernda and Werribee lines via a new tunnel running from Clifton Hill to Parkville, through the CBD to Fisherman’s Bend and then to Newport. It would do more for overall capacity on the network than the airport link, increase the number of trains able to run to large growth areas in the North and the West, and free up more space in the City Loop for additional services. More importantly, it would provide a train service to Fishermans Bend, which is anticipated to have close to 100,000 residents and workers by the end of the decade. With Metro 1 due to be completed in 2025, planning for Metro 2 should begin now so that it’s ready to go straight on the back of Metro 1.

It’s fair to say that many reading this article will disagree with my prioritisation of Metro 2 ahead of the rail link, and there will be many valid arguments to support those views. Transport advocacy groups across the State have varied opinions and priority lists. We need an end to all the arguments, all the opposing views, all the different projects, and an end to various groups trumpeting their own projects. What all advocacy groups are united on is the fact that Melbourne needs a comprehensive transport plan. The Transport Integration Act (2010) mandates that such a plan be created, it’s a legislative requirement, yet we are still waiting for one.

Our population is set to double over the next thirty years. We need to get away from the politically motivated transport solutions, aimed at winning elections, and put together a comprehensive city wide transport plan. Building more and more mega-roads is not going to solve our congestion issues. We need to be investing in sensible mass-transit solutions for our city that get people out of their cars in the first place. As the healthy patronage on the new Mernda rail extension shows, build it and they will come.

Cr Stuart James is the Mayor at the City of Monash. He is the chair of the Eastern Transport Coalition, sits on the Metropolitan Transport Forum Executive, the Public Transport Users Association Committee and the MAV Transport & Infrastructure Committee