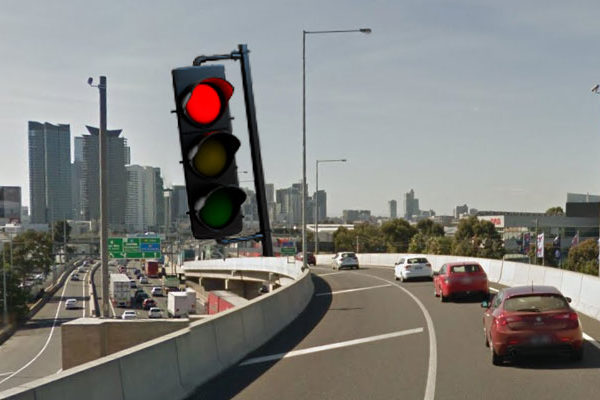 I am not a fan of Vicroads. In fact, I am often very critical of them.

The main reason for this criticism is not what they do, but the way they interact with residents and the community. Rather than acknowledge that there is an issue that needs to be looked at, they always attempt to justify why something is the way it is. At times it feels like those moments when you catch your child doing something that they shouldn’t be, and when you ask them to explain, they go on a long winded spiel of justification which sounds like crap from the get-go. They seem to focused on taking a defensive mindset rather than a collaborative approach.

Here’s an example. There has been a lot of criticism lately about the Vicroads plan to introduce traffic lights at freeway junction points, such as the connections between the Monash/Eastlink, Westgate and Citilink and at various intersections of the M80 Ringroad. It’s actually a good plan that makes perfect sense, but naturally they have failed to explain it properly to the community and the subsequent avalanche of criticism has been somewhat predictable. All people think is red light, freeway, stopped, but the most important thing to do in order to tackle congestion is to ensure that you can preserve a high rate of traffic flow. Sounds simple enough, but how?

Breaking down congestion
Let’s take a 1km stretch of road as an example and let’s assume the capacity of the road allows 400 cars per minute can travel along that stretch at the 80km/h speed limit.

That stretch of road will always be able to handle 400 cars per minute, regardless of the demand of that road, as long as the traffic keeps travelling at 80km/h.

It would be nice if we could travel an average of 70km/h in peak hour, but realistically the average speed would be more like 50km/h, so the road capacity of 400 cars per minute is suddenly 250 cars per minute.

This is effectively what happens in peak hour and is what causes congestion; the average speed is dropping, which reduces the capacity of the road, while demand on the road is increasing.

Addressing road congestion
Now that we’ve identified why and how congestion is caused, we understand that there are a number of ways we can address this. One way is what Governments all seem to mistakenly think is the best way; build more lanes and increase capacity. But as we’ve just identified above, if the average speed drops, the road isn’t actually at capacity to begin with. Extra lanes fundamentally just attracts more vehicles (or more demand). Adding extra lanes may increase the theoretical capacity of a road, but when that traffic all ends up squeezed at each end (or at a three lane tunnel), all it is effectively doing is reducing traffic flow, which in turn reduces the extra capacity that was added. All of the data available to us tells us that the best way to tackle congestion is to maintain and preserve a high rate of the traffic flow; that way, more cars are traveling along the road, in a quicker time.

What motorists need to realise, is that the 30-40 seconds they spend stopped at the red light, in order to maintain traffic flow, will actually result in them having a quicker travel time from door to door. Think about how annoying those traffic lights were on the on-ramps of the Monash Freeway when they were first introduced. It was almost a decade now, but do you remember travelling along the Freeway in the left lane and cursing as you approached an entry ramp because you had a car to your right and couldn’t changes, and so had to slow down to let incoming traffic on to the Freeway?

It’s all a matter of perception. Traffic lights on freeway ramps is not about stopping traffic, it’s about allowing traffic to flow more freely. It’s better to wait 30 seconds merging on to a freeway that is flowing along at a decent pace than it is to just merge on to a freeway where cars are bumper to bumper with brake lights lit.

Disclaimer
In this post I have quite obviously not touched on alternative modes of transport, which most would know I am incredibly passionate about (post coming on that soon). In my mind, there are clearly better ways to address congestion through improving those modes of transport, but the focus of this post is analysing the Vicroads decision to introduce traffic lights and try and cover their inadequacies with explaining it.